Apple’s stark warning may be ominous news for China 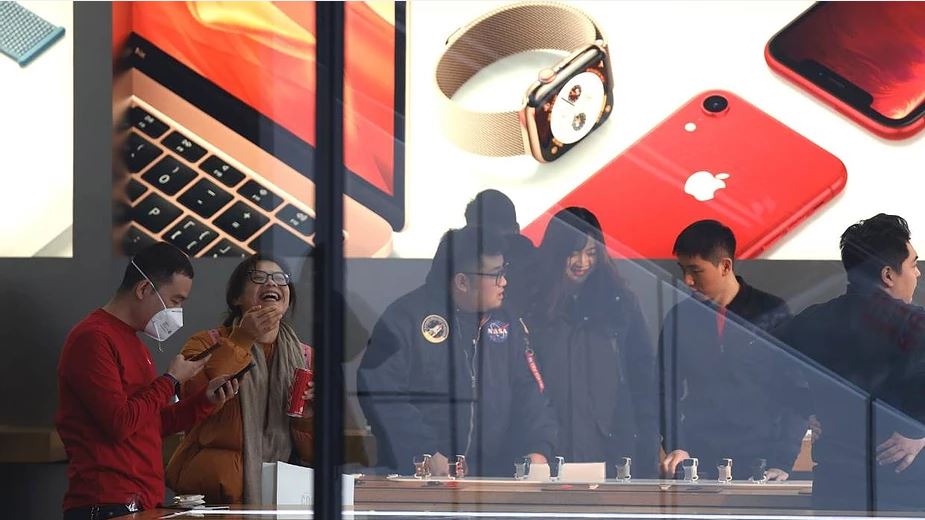 ANALYSIS: For most of the past two decades, China – with 400 million middle-class consumers growing richer by the day – was a one-way bet for the world’s corporations and a driver of the global economy.
By early 2018, General Motors was selling a third more cars in China than in the US. Starbucks unveiled plans to open a new coffee shop in China every 15 hours on average. Adidas saw 26 per cent growth in China while Western Europe, its home market, was staying flat or shrinking.
But what happens when the Chinese growth juggernaut slows? Or worse yet, grinds to a halt?
The world got a glimpse on Wednesday when Apple, the second-largest public tech company, lowered quarterly sales estimates for the first time in more than 15 years. Chief executive Tim Cook blamed the unforeseen “magnitude of the economic deterioration” in China, the world’s largest smartphone market. Apple shares plummeted nearly 8 per cent in after-hours trading and pulled down a bevy of consumer stocks with exposure to the Chinese market.
To continue reading click here.