As Maduro Digs In, His Aides Hunt for an Emergency Escape Route 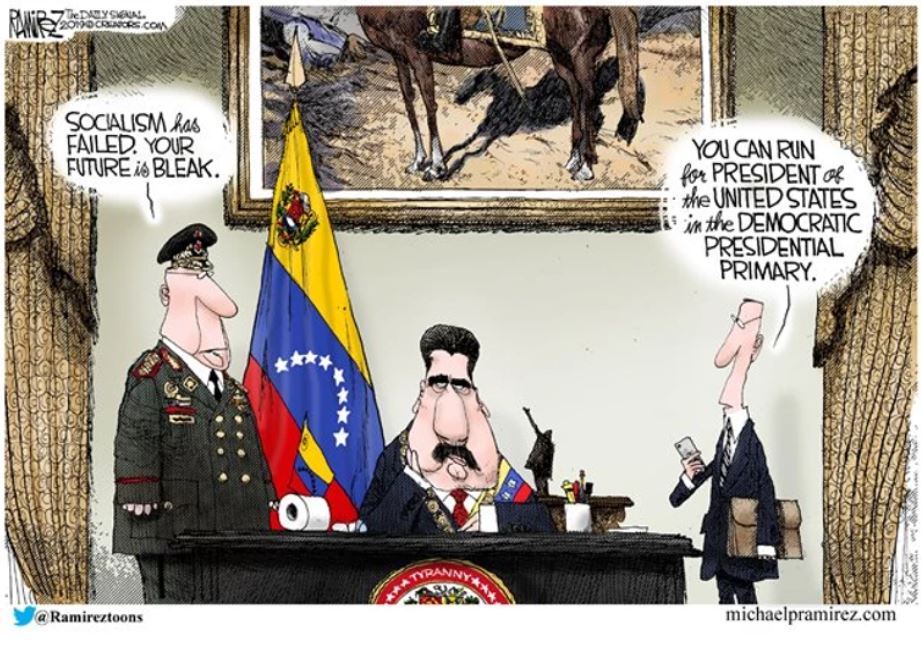 (Bloomberg) — Nicolas Maduro is under pressure at home and abroad, and being encouraged by the U.S. to go to “a nice beach somewhere far from Venezuela.” The question is where would — or could — he go? The Venezuelan leader has held on for years in the face of protests, a collapsed economy and international sanctions, via a tight grip on the military and by cracking down on the opposition.
But the stress has never been greater. The financial noose is tightening globally, many neighbors and western nations are calling on him to hold elections or step aside, and the opposition has galvanized under Juan Guaido into a more cohesive force. Maduro has insisted publicly he’s going nowhere and a departure could be several steps away, if it happened at all. He has spoken frequently to denounce what he says are U.S.-led coup efforts against him, and all signs are he is digging in. Still, contingency plans are being drawn up in case he needs to leave Venezuela at short notice, according to four people with knowledge of the discussions. to continue reading click here.