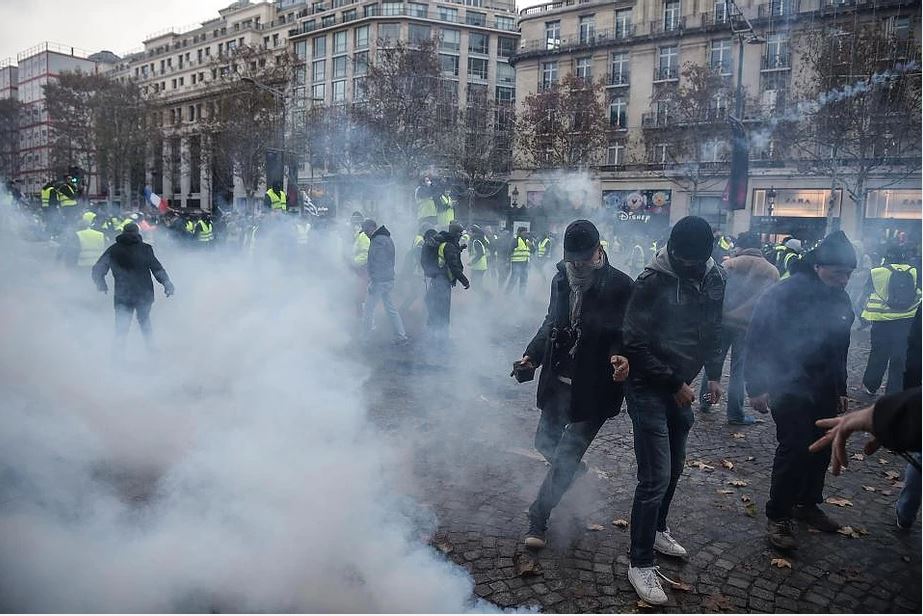 HUNDREDS of protesters filled the streets of Paris as they clashed with police during marches against rising fuel prices.
Water cannons and rounds of teargas were used by riot cops against thousands of French “Yellow Vest” fuel protesters today as the Champs Elysee was reduced to a battlefield.
The worst violence took place on the most famous avenue in the city where a huge crowd called for President Emmanuel Macron to resign.
The unrest has erupted over spiking fuel prices in the country and is pilling pressure on the government.
A police officer at the scene said: “They included hooded demonstrators who were determined to cause trouble.
“We’ve been forced to deploy a water cannon and use tear gas to stop them getting to a secure zone.
“They’re breaking up traffic obstacles to create missiles to throw at us. It’s getting very violent.”
To continue reading please click here.