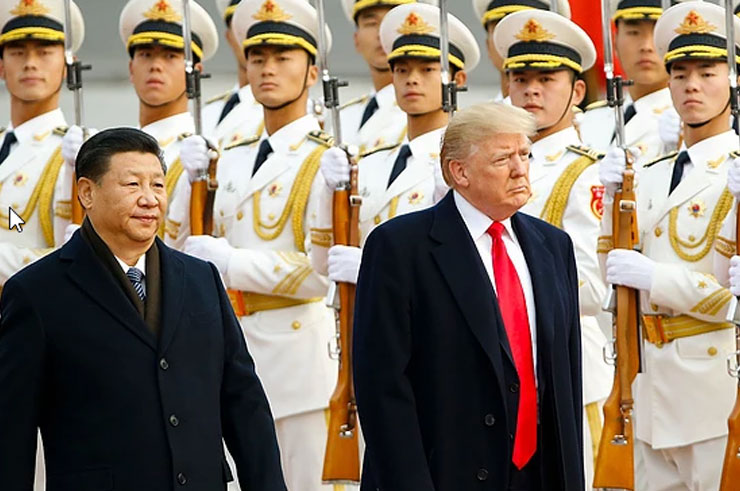 The US-China trade war continues to heat up, with Beijing calling for a “people’s war” against Washington and President Donald Trump threatening to impose tariffs on another $300 billion worth of Chinese goods.
In a series of editorials and op-ed articles published Monday, Chinese state media slammed what it labeled the Trump administration’s “greed and arrogance” and called for a “people’s war” against it. Beijing’s state-run media effectively serves as a mouthpiece for the Communist Party.
“The most important thing is that in the China-US trade war, the US side fights for greed and arrogance … and morale will break at any point. The Chinese side is fighting back to protect its legitimate interests,” the nationalistic Global Times tabloid wrote in a Chinese-language editorial carried by Xinhua News Agency.
“The trade war in the US is the creation of one person and one administration, but it affects that country’s entire population. In China, the entire country and all its people are being threatened. For us, this is a real ‘people’s war.'”
To continue reading click here.