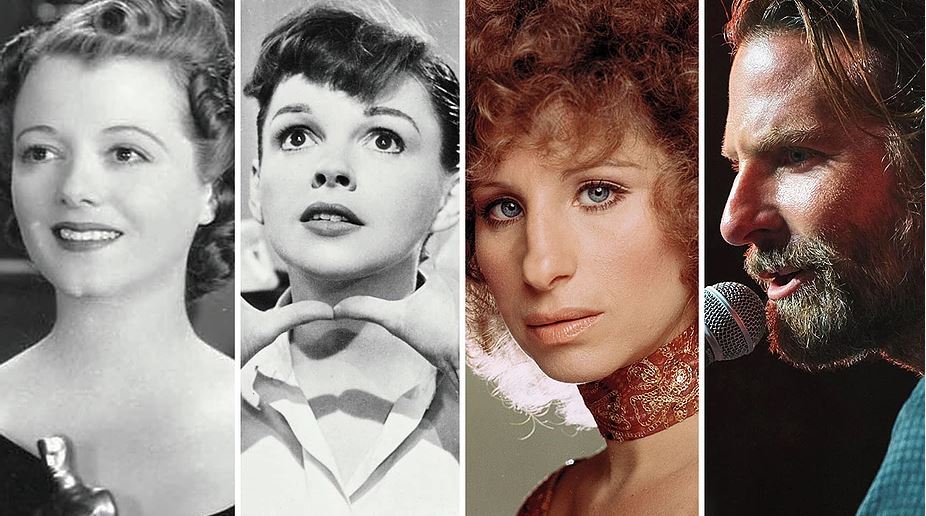 A Star Is Born, with its symmetrical plotline of rising and falling stars, is Hollywood’s canonical myth-saga, capturing both the glory and cruelty of the modern entertainment industry.
The fourth version of A Star Is Born, directed by Bradley Cooper and starring himself and Lady Gaga, has been nominated for eight Oscars at this year’s Academy Awards. How does this movie treat our red-hot theme of women’s aspirations and achievement? Surprisingly, despite its progressive gestures toward masculine sensitivity and transgender inclusiveness, this A Star Is Born is the most sexist film of the entire series.
In Cooper’s film, the epic Hollywood story has been hijacked by camera-hogging male vanity, curtailing the magnificent classic role of the ascending woman star who painfully eclipses her self-destructive, alcoholic husband. What the script has stingily left to Gaga to play is not leading lady material. Her performance has never belonged in the best actress category because Cooper demoted her to supporting actress from the start.
To continue reading click here.