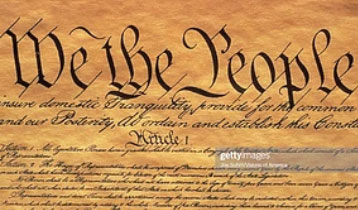 In an interview that aired Sunday night on “Life, Liberty & Levin,” constitutional expert John Eastman said the actions taken by Democrats in office actually have undermined not only President Trump but democracy and justice in the United States.
“The purpose of government is to secure those rights against any tyranny that would take them away whether again of one or many or what have you. We’ve now got a significant portion of our population that thinks the purpose of government is otherwise to redistribute rights to take from some and give to others. [The founders] understood that to be the very definition of injustice or an unjust law,” said Eastman, who is the Henry Salvatori professor of law & community service at Chapman University Fowler School of Law.
Eastman also said the Mueller investigation, the House Judiciary Committee’s actions, and politically motivated judges were challenging not only the results of the 2016 election but the “very notion we govern ourselves.”
“And then this election and what we’re seeing here not just with this investigation but with the broader investigations and the use of subpoenas and federal judges that had been nominated and confirmed by President Obama appointed by President Obama blocking this President’s actions perfectly legitimate actions,” Eastman told Levin. “So this is really a challenge to the results of the last election which means it’s a challenge to the American people and the very notion that we govern ourselves.”
To continue reading click here.