Could abortion become illegal in America? All signs point to yes 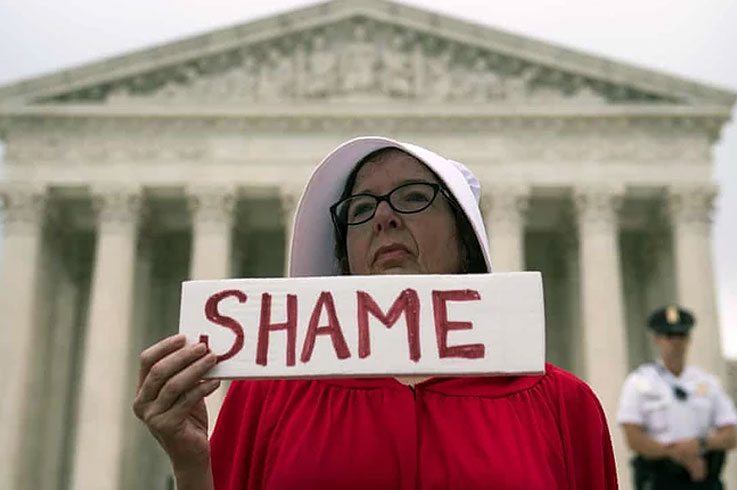 On Tuesday night, the Republican-controlled state senate in Alabama voted to effectively ban abortion at every stage of a pregnancy, including in cases of rape or incest. The legislation would ensure that doctors who perform abortions are punishable for up to 99 years in prison.
The measure is just the latest in a spate of anti-choice legislation that has been recently passed in the United States. Last week, Georgia became the fourth state to pass a so-called “heartbeat” abortion ban in 2019. (Two other states – Iowa and North Dakota – passed similar laws in prior years.) These laws – the Center for Reproductive Rights calls them “bafflingly” unconstitutional – are designed to be full-frontal attacks on Roe v Wade, the landmark 1973 US supreme court case recognizing the fundamental constitutional right to terminate a pregnancy.
Rather than pursuing the sort of incremental strategy that anti-abortion activists have favored in the past – such as banning abortions late in pregnancy, or attempting to gradually regulate abortion clinics out of existence with increasingly burdensome regulations – these newer laws are written to prohibit virtually all abortions in the state.
To continue reading click here.