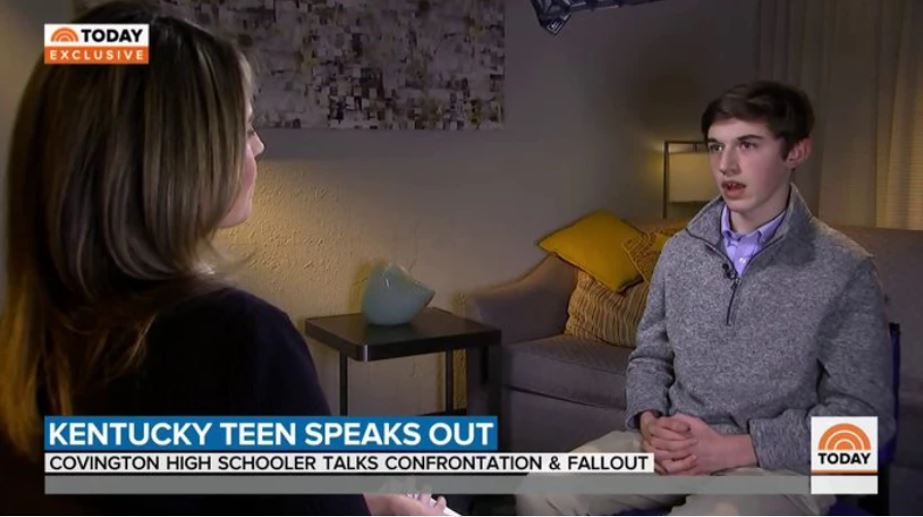 Attorneys representing the Kentucky high school student involved in a confrontation that went viral on social media last month announced Tuesday that they were suing The Washington Post for $250 million in compensatory and punitive damages.
The lawsuit, which was filed in federal court in Kentucky, accused The Post of practicing “a modern-day form of McCarthyism” by targeting Nicholas Sandmann and “using its vast financial resources to enter the bully pulpit by publishing a series of false and defamatory print and online articles … to smear a young boy who was in its view an acceptable casualty in their war against the president.”
Washington Post spokesperson Kris Coratti told Fox News in an email that the paper was “reviewing a copy of the lawsuit, and we plan to mount a vigorous defense.”
Sandmann, a junior at Covington Catholic High School, became a target for outrage after a video of him standing face-to-face with a Native American man, Nathan Phillips, while wearing a red “Make America Great Again” hat surfaced in January. Sandmann was one of a group of students from Covington attending the anti-abortion March for Life in Washington, D.C., while Phillips was attending the Indigenous Peoples’ March on the same day.
To continue reading click here.