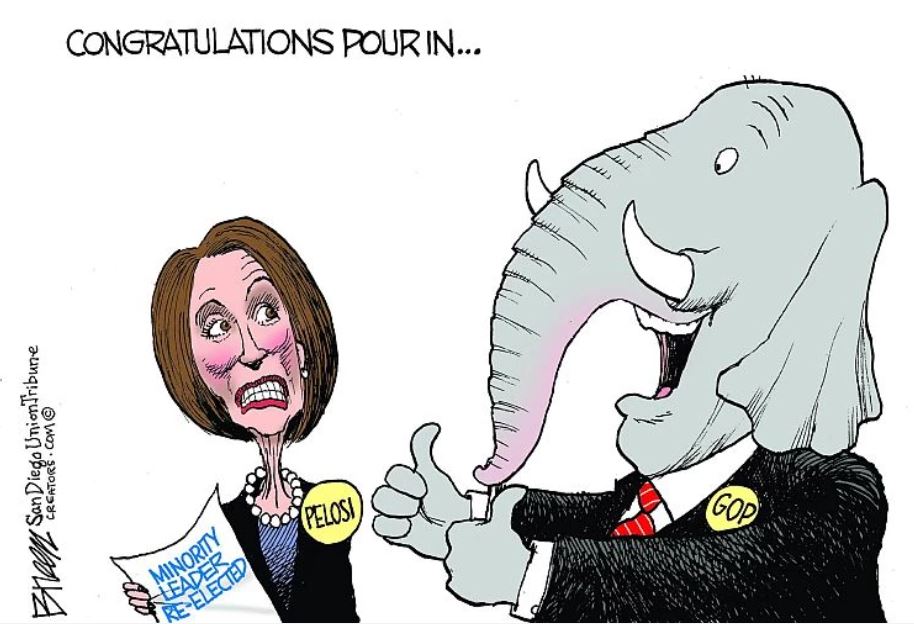 House Minority Leader Nancy Pelosi (D-Calif.) claimed victory on Wednesday, saying she had won the Democratic nomination for Speaker amid an entrenched rebellion from insurgent lawmakers who pose the starkest threat to her long reign atop the party.
The outcome was no surprise. Pelosi was running uncontested and enjoys widespread support within the liberal-heavy caucus she’s led since 2003.
The much higher bar will come in the first week of January, when the full House meets to choose the Speaker in a public vote requiring a majority of the entire voting chamber. It’s there that the insurgents feel they can block Pelosi’s ascension, even as Pelosi and her allies have projected nothing but confidence that she’ll retake the gavel she lost following the red wave elections of 2010.
Pelosi won Wednesday’s Speaker vote, conducted by private ballot in the Visitors Center of the Capitol, by a vote of 203 to 32. It was reflective of the unusual nature of this year’s leadership elections that there were written ballots at all.
To continue reading please click here.