Did CNN Stack the Audience Against Bernie Sanders at His Town Hall? 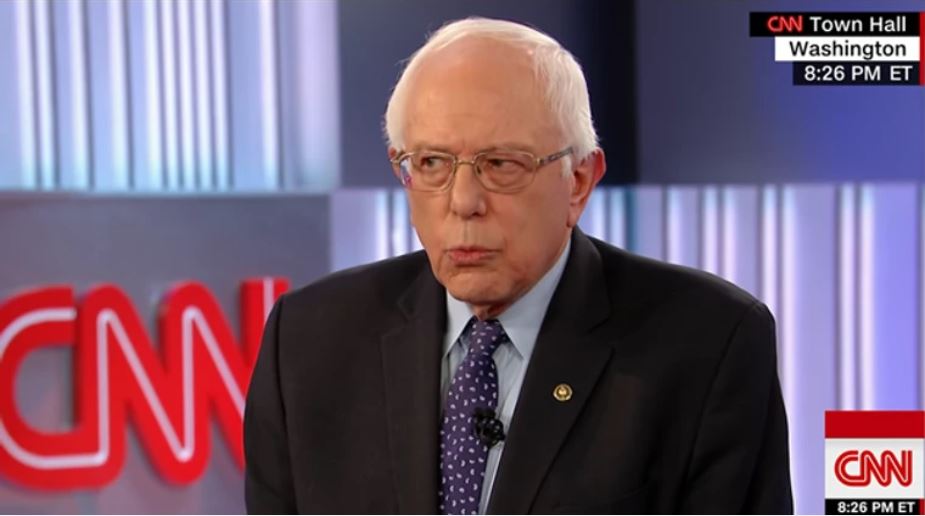 Monday night, Bernie Sanders did a town hall on CNN, and for the most part, he was asked substantive questions and answered in kind. One minor exception came in a question about the sexual harassment that took place in his 2016 campaign. His response to the initial reports was too dismissive, and last night he wasn’t able to fully articulate how he would stop it from happening again, other than saying that his campaign is committing lots of resources and he will have the “strongest protocols” and utilize an “independent commission” that people can bring their complaints to, without really elaborating on who or what that commission would do.
The bigger problem here is that we find ourselves in a confusing situation thanks to cable news not adhering to basic standards of journalism. (Unfortunately, that’s an evergreen sentence.) When I watched the town hall live last night, this question seemed completely normal and well within the bounds of what Bernie was brought there to talk about, but now that it has been revealed that the question was asked by an intern at a major lobbying firm, you cannot help but wonder about the intent behind this, as well as CNN’s role in selecting this questioner while not disclosing her workplace.
To continue reading click here.