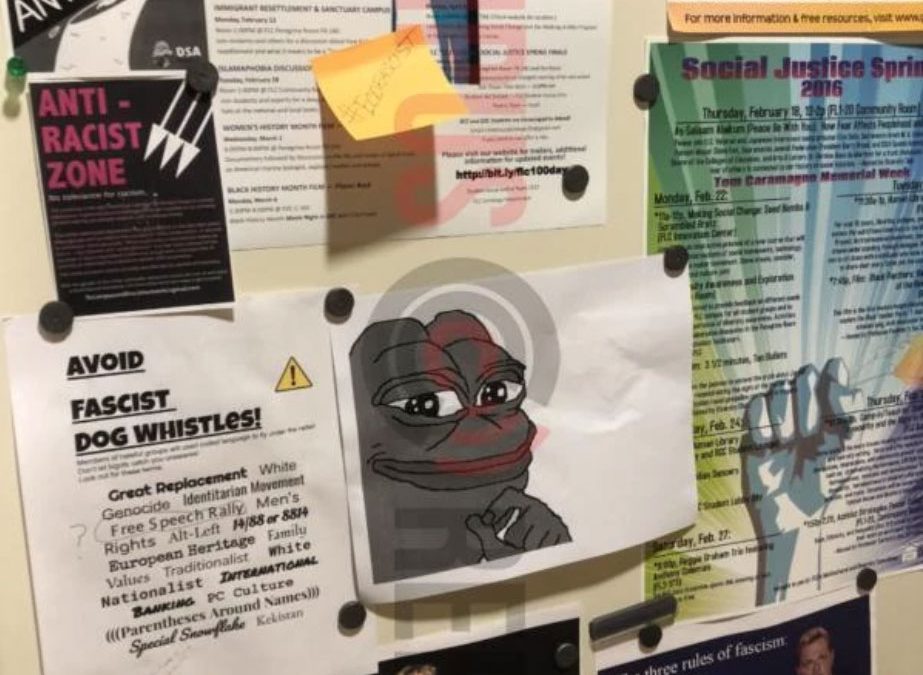 Folsom Lake College notified the local police after finding a poster of a cartoon frog, stating that “hate has no home on our campus.”
An FLC faculty member found the sheet featuring Pepe the frog on their office door earlier in February. The school informed the Los Rios, California Police Department about the incident so it would “be on heightened alert for any signs that this may be part of a larger trend or pattern,” according to an email sent to the school community and obtained by Campus Reform.
The picture of the smirking frog appeared alongside other posters pertaining to “fascist dog whistles,” Democratic Socialists of America, and a week of social justice events. FLC President Whitney Yamamura, Academic Senate President Paula Haug, Classified Senate President Lindsey Campbell, and Student Senate President Cameron Sanders co-authored the email to the campus community.
“[Pepe] has been commonly co-opted by white supremacists and others as a symbol of bigotry,” Yamamura and the co-authors said in the email. “While we do not immediately know the intentions of the person(s) who posted the picture, we are treating this incident with the highest level of seriousness and have already conducted a sweep of all Folsom Lake College campuses to look for other instances of these materials.”
To continue reading click here.