Former Sitcom Star: There Are ‘A Lot More’ Conservatives in Hollywood Than You’d Expect 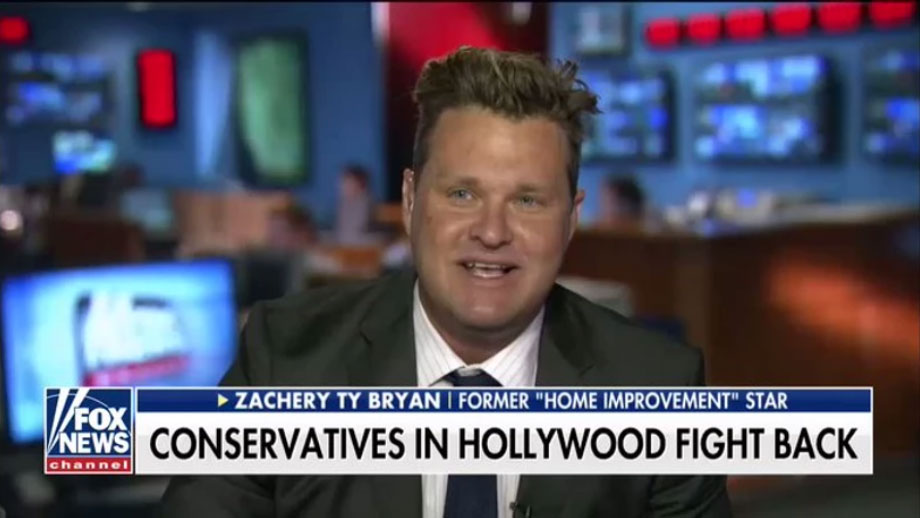 A former sitcom star said on “Fox & Friends” that in the midst of the anti-Trump hysteria among Hollywood liberals, many would be surprised to learn of the amount of anonymous conservative celebrities.
Zachery Ty Bryan, who starred in the hit 1990s sitcom “Home Improvement,” said Saturday that liberal Hollywood celebrities had expected Hillary Clinton to succeed former President Barack Obama in the White House, and that President Trump’s election caught them off guard.
“It’s been fun to watch,” Bryan said.
Famed actor Robert De Niro went on a profanity-laced tirade about President Trump last weekend during the Tony Awards. “I’m gonna say one thing: f— Trump!” De Niro stated, drawing a standing ovation from the crowd.
“It’s no longer down with Trump, it’s f— Trump!”
Bryan said that although there is a perception that everyone in Hollywood is expected to be anti-Trump, conservative celebrities don’t talk much about their stance.
“Surprisingly, there’s a lot more conservatives in Hollywood than you would expect,” he said. “They stay more anonymous.”
For more please click here.