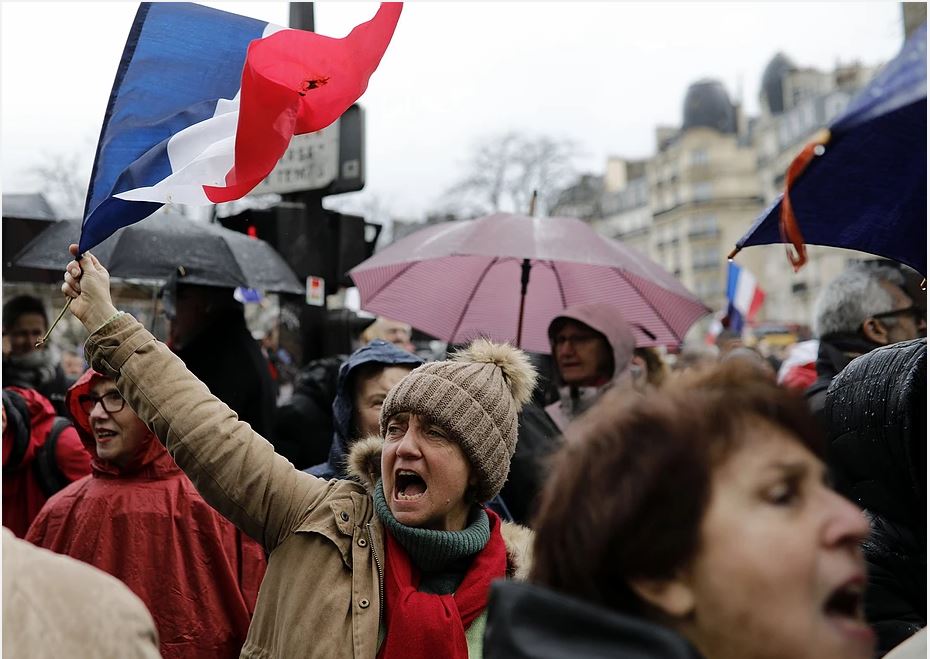 PARIS (AP) — Hundreds of people wearing red scarves marched through Paris on Sunday to protest acts of violence and vandalism that took place during the largely peaceful yellow vest movement’s two months of anti-government demonstrations.
The “red scarves” demonstration came amid growing divisions around the yellow vest phenomenon, which has led to rioting in Paris and other cities, exposed deep discontent with President Emmanuel Macron and prompted national soul-searching.
Protest damage to the Arc de Triomphe monument in Paris in December was a turning point for many of the counter-protesters at Sunday’s march.
“We don’t share all the demands expressed by the yellow vest movement, for instance demands about overthrowing the government, brutalizing institutions,” Laurent Segnis, a member of Macron’s centrist Republic on the Move party, said.
Others lamented their sense the movement that appeared in mid-November to be a grassroots response to a fuel tax is radicalizing as it nears the end of a third month.
to continue reading click here.