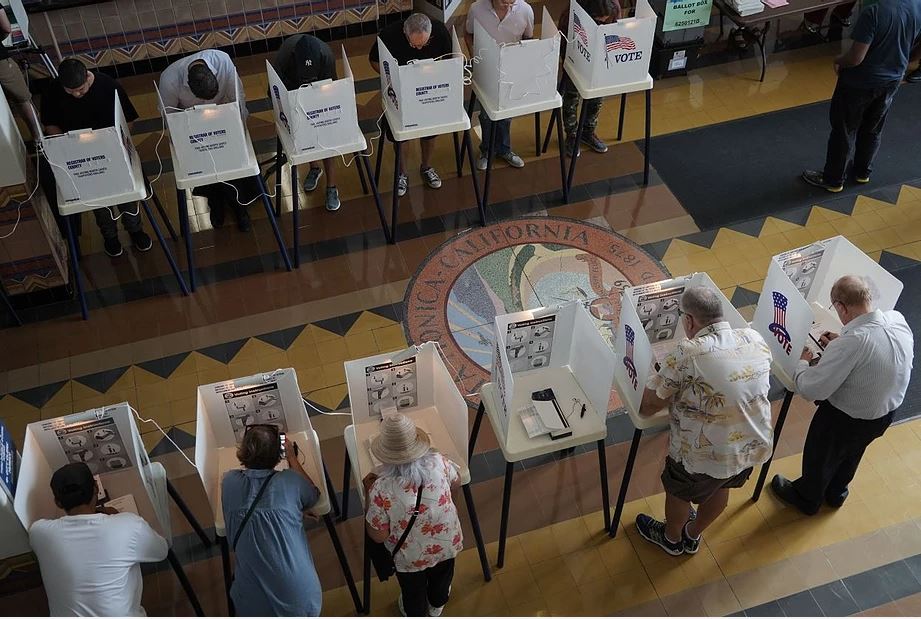 Democrats in Congress are making election reform their top legislative priority, and we’ve criticized it as a majority protection act. To understand why, consider that Democrats are trying to do for the country what they’ve done with election laws in California.
The Golden State is where Republican candidates went to bed on election night in November with leads in most of their competitive House races, only to lose in the ensuing weeks of vote counting. In Orange County, Young Kim was poised to become the first Korean-American woman in Congress, with a sizable lead on Election Day over her Democratic opponent. She lost by three percentage points. Republican Rep. Mimi Walters’s 6,074-vote lead on Nov. 6 turned into an 11,866-vote loss to Democrat Katie Porter.
The GOP wipeout came after the Democrats who dominate Sacramento passed laws aimed at greasing their voting machine. The project started in 2015 when California became the second state after Oregon to move to automatic voter registration.
Can’t be bothered to register? California does it for you, automatically adding to its rolls any person who has any interaction with its Department of Motor Vehicles. The system is already a threat to ballot integrity, with the DMV acknowledging in September it had incorrectly registered 23,000 voters.
To continue reading click here.