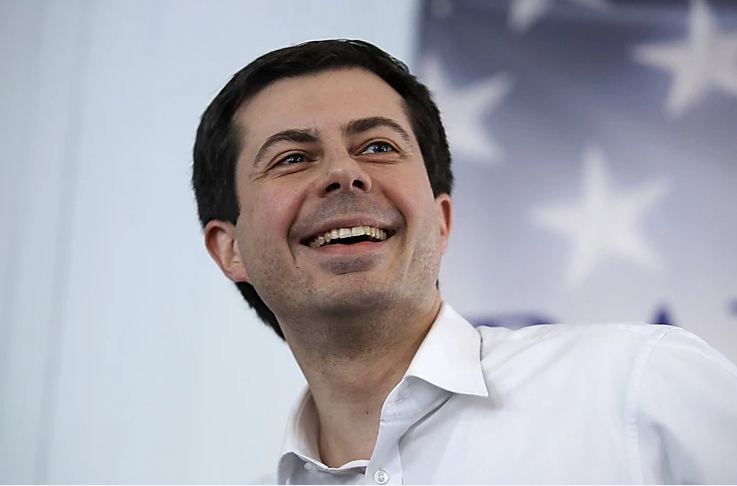 SOUTH BEND, Ind. (AP) — Pete Buttigieg, the little-known Indiana mayor who has risen to prominence in the early stages of the 2020 Democratic presidential race, is expected to make his candidacy official during a rally Sunday in the city where he launched his political career less than a decade ago.
The 37-year-old Rhodes Scholar and Afghanistan War veteran, who has been exploring a White House run since January, plans a formal announcement that he’s joining the field of a dozen-plus rivals during a rally in South Bend, the town of roughly 100,000 where he grew up and is now serving his second term as mayor. He will return this week to Iowa and New Hampshire, which hold the nation’s first nominating contests, to campaign as a full-fledged candidate now being taken more seriously.
Over the past few months, Buttigieg has appeared frequently on national TV news and talk shows and developed a strong social media following with his message that the country needs “a new generation of leadership.”
Buttigieg’s poll numbers have climbed. Some polls put him behind only Vermont Sen. Bernie Sanders, who sought the party’s nomination in 2016, and former Vice President Joe Biden, who has not yet said he’s running.
Buttigieg’s campaign has raised more than $7 million in the first three months of this year, a total eclipsed by Sanders’ leading $18 million but more than Sens. Elizabeth Warren of Massachusetts, Amy Klobuchar of Minnesota and Cory Booker of New Jersey.
“Right now, it’s pretty fun,” Buttigieg told The Associated Press last month while visiting South Carolina , where he was met by larger-than-expected crowds.
To continue reading click here.