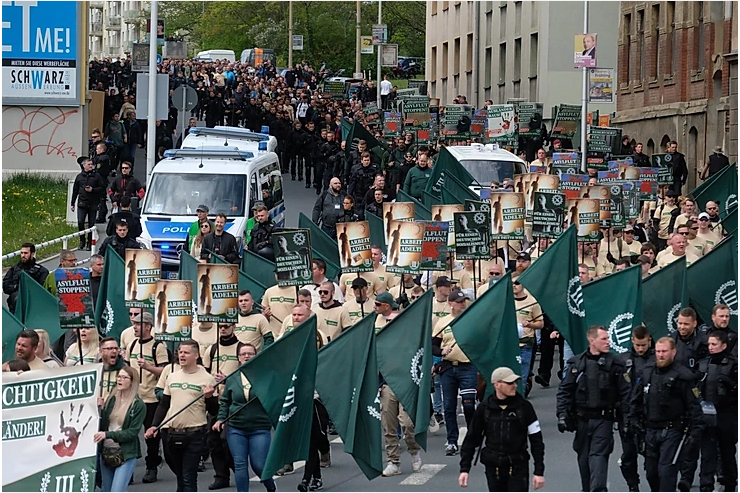 BERLIN (AP) — Germany’s leading Jewish organization expressed alarm Thursday over footage of flag-waving neo-Nazis in self-styled uniforms marching through an eastern German town on May Day unhindered by police.
Footage of the march Wednesday prompted widespread outrage in Germany and calls for authorities in the state of Saxony, where far-right sentiment is particularly strong, to step in.“The images of the neo-Nazi march by The Third Way party in Plauen are disturbing and frightening,” said Josef Schuster, the head of Germany’s Central Council of Jews.
Noting that the rally took place on the eve of Yom HaShoah , the day when Jews commemorate the six million Jewish men, women and children murdered in the Holocaust, Schuster added that “right-wing extremists are marching in Saxony in a way that brings back memories of the darkest chapter in German history.”
To continue reading click here.