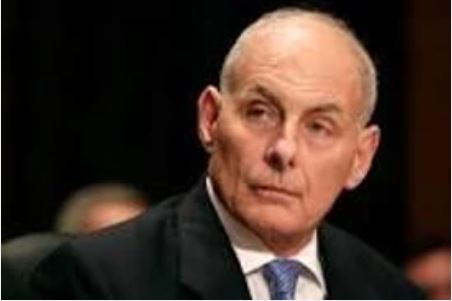 WASHINGTON — President Trump said on Saturday that his chief of staff, John F. Kelly, would step down by the end of the year, the latest move in a long-planned staff shake-up as the president heads into the 2020 campaign facing growing peril from the special counsel and newly empowered Democrats.
The departure of Mr. Kelly, who had been brought in last year to impose order on the West Wing but found managing Mr. Trump an impossible task, had been rumored for months, and Mr. Trump announced it to reporters before departing for the Army-Navy football game in Philadelphia. He said a replacement would be named in the next day or two.
“John Kelly will be leaving — I don’t know if I can say ‘retiring,’” the president said. “But he’s a great guy. John Kelly will be leaving at the end of the year.”
Mr. Trump has settled on Nick Ayers, a youthful but experienced political operative who serves as chief of staff to Vice President Mike Pence, as his top choice to replace Mr. Kelly, people familiar with the matter said. In Mr. Ayers, Mr. Trump sees what Mr. Kelly, a career military officer, was not: a wily political operative whose focus would be on politics and campaigning as the president looks toward his re-election bid.
To continue reading please click here.