Jussie Smollett To Be Sued By Chicago After Repayment Deadline Passes; … 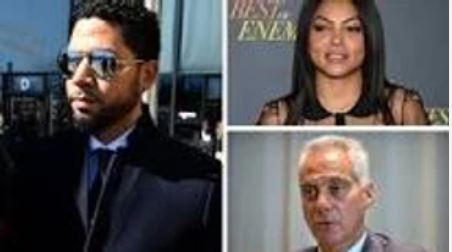 Jussie Smollett may have seen the felony charges against him dropped by state prosecutors last week and Taraji P. Henson is predicting he will return to Empire, but the actor’s legal troubles in Chicago are far from over. With the passing this evening of a deadline set by out-going Mayor Rahm Emanuel for Smollett to repay the Windy City $130,000 for the costs of the investigation into the alleged attack against him, Chicago is going to sue the actor.
“Mr. Smollett has refused to reimburse the City of Chicago for the cost of police overtime spent investigating his false police report on January 29, 2019, a spokesperson of the Midwestern metropolis said Thursday as it became EOD in Chicago. “The Law Department is now drafting a civil complaint that will be filed in the Circuit Court of Cook County. Once it is filed, the Law Department will send a courtesy copy of the complaint to Mr. Smollett’s L.A. based legal team.” Under Chicago by-laws and made clear in the letter Smollett was sent on March 28, the city can seek more than $390,000 from the actor, which is three times the original amount plus court and attorney costs.
Besides missing today’s deadline, the move to take the whole thing to court was also given a nudge by a letter that Smollett’s most high-profile attorney Mark Geragos sent to the city’s counsel earlier Thursday.
To continue reading click here.