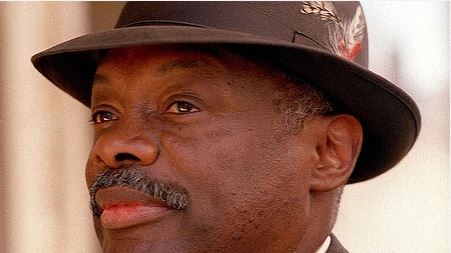 Recent articles such as “Poontronage” and “The Harris Poll” highlighted the way California Democrat shot-caller Willie Brown set up girlfriend Kamala Harris in sinecures. With Harris in the running for president, reporters have been calling Brown, who finally responded.
“Yes, we dated. It was more than 20 years ago,” wrote Brown, now 84 years old. “Yes, I may have influenced her career by appointing her to two state commissions when I was Assembly speaker.” Harris is 30 years younger than Brown, who was married at the time. Nobody asked Brown if Harris had asked him to leave his hat on during those dates, but it is possible to guess.
Brown told reporters he also helped the careers of House Speaker Nancy Pelosi and U.S. Sen. Dianne Feinstein. The one Brown left out raises questions about his influence on the others, particularly Harris.
As Daniel Flynn shows in Cult City: Jim Jones, Harvey Milk, and 10 Days that Shook San Francisco, Willie Brown was a supporter of Jim Jones, whom he compared to Einstein and Martin Luther King. The African American Brown was also pals with white Cuban Communist dictator Fidel Castro and wrote a letter urging Castro to extend an official state visit to Jones, a “close personal friend and highly trusted brother in the struggle for liberation.”
To continue reading click here.