Leftists And Conservatives Agree That White Nationalism Is Bad, But Not For Same Reason 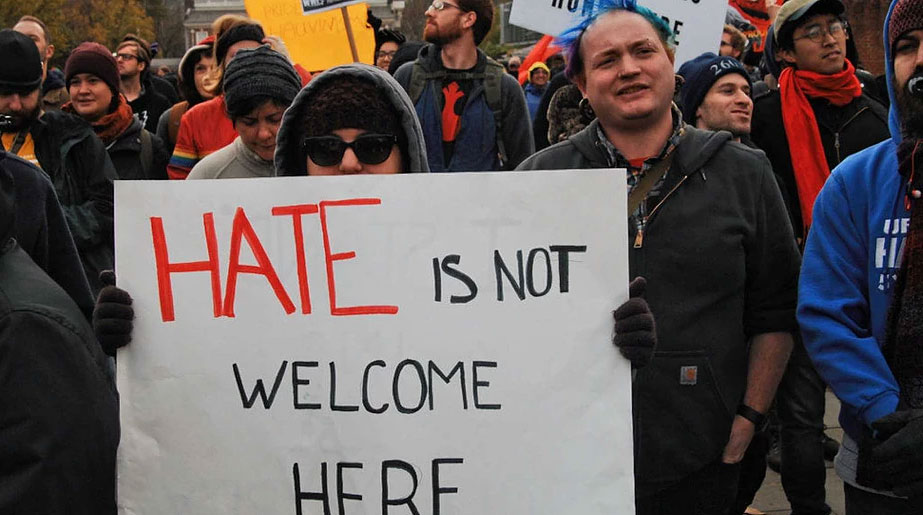 White nationalism is bad, okay? The Left and I agree that white nationalism is bad. We have different reasons. They think it’s bad because they want to take the injustice they feel has been done against people of color and turn it around on white people. They’re always saying there’s an injustice, but what they’re really trying to do is seize the power as some kind of corrective for injustice of the past. I think white nationalism is bad because it’s stupid and wrong to make moral judgments about people according to their race rather than their actions. Let’s call that rule one, do not make moral judgments about people according to their race instead of their actions. Rule one.
You do not violate rule one because you don’t want it done to you, right? The golden rule. Everybody knows they’re an individual responsible for himself. They’re not responsible for every one of the same color or from the same country. You can’t say that someone held slaves and now you’re responsible because you’re the same color as them. It wasn’t white people holding slaves, it was some white people, while other white people were fighting to free them. You can’t say black people commit crimes because it’s some black people, it’s not the guy you’re talking to at some moment. He wants to be an individual. Do unto others as you would have them do unto you. Breaking rule one is wrong. The only time race actually matters is when looking at somebody according to their race exposes someone violating rule one. So if Jews aren’t getting any jobs at a certain bank because they’re not hiring Jews, they are violating rule one and that’s a clue to the fact that they’re not hiring Jews. Other than that, you’re violating rule one if you start disrespecting people according to their race.
To continue reading click here.