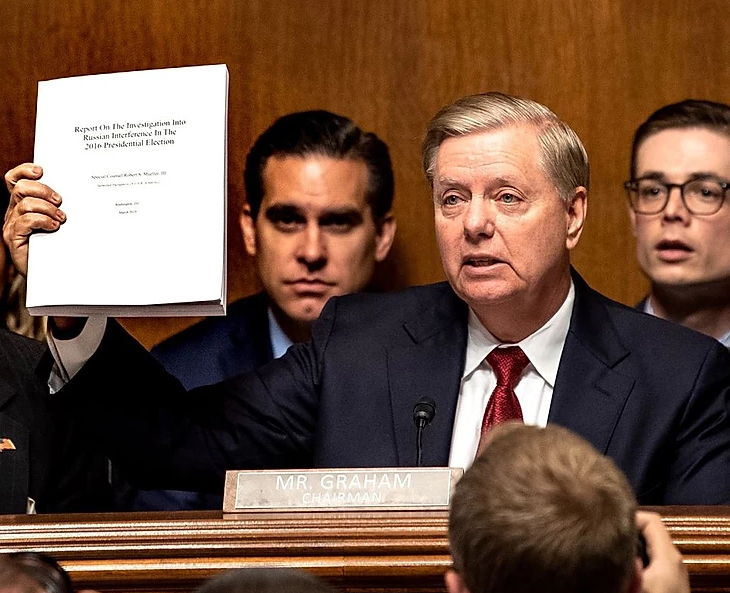 Sen. Lindsey Graham, R-S.C., says he will ask Supreme Court Chief Justice John Roberts to investigate possible abuse of the U.S. Foreign Intelligence Surveillance Court during the 2016 election.
Noting that President Trump is “down” on the FISA court, Graham, who is chairman of the Senate Judiciary Committee, told reporters on Thursday he will make a call to ask, “‘Would you please look and see what happened?’ because I don’t want to lose the FISA program.”
As the chief justice, Roberts has the power to appoint judges to the FISA court.
Last February, the House Intelligence Committee, then led by Chairman Devin Nunes, R-Calif., released a memo asserting the so-called Trump dossier, which contained unverified claims about Trump’s ties to Russia, was used by the FBI to help obtain a FISA warrant and three renewals to spy on one-time Trump campaign adviser Carter Page. But key information, including its author’s anti-Trump bias and Democratic benefactors, was left out.
To continue reading click here.