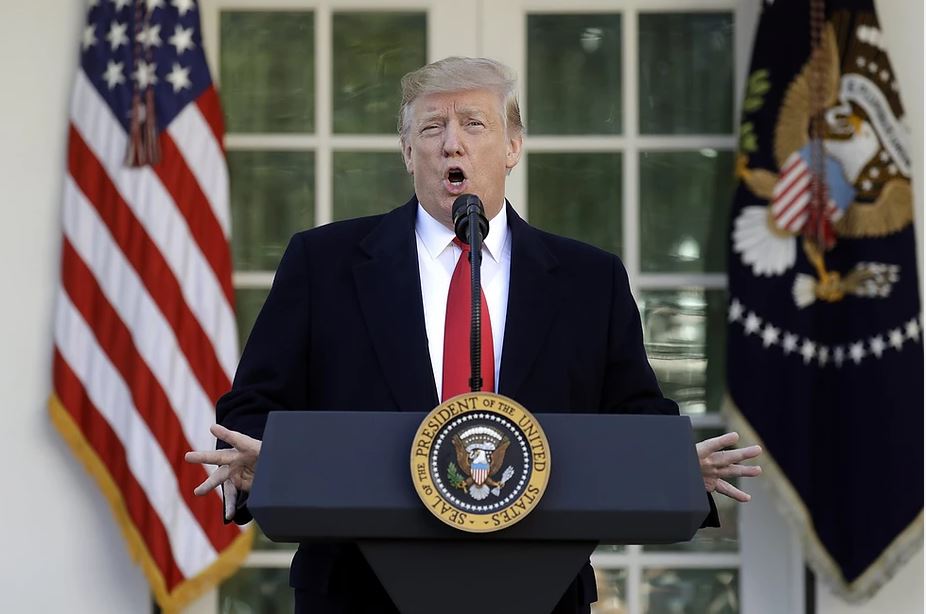 WASHINGTON (AP) — Submitting to mounting pressure amid growing disruption, President Donald Trump signed a bill Friday to reopen the government for three weeks, backing down from his demand that Congress give him money for his border wall before federal agencies get back to work.
Standing alone in the Rose Garden, Trump said he would sign legislation funding shuttered agencies until Feb. 15 and try again to persuade lawmakers to finance his long-sought wall. The deal he reached with congressional leaders contains no new money for the wall but ends the longest shutdown in U.S. history. First the Senate, then the House swiftly and unanimously approved the deal. Late Friday, Trump signed it into law. The administration asked federal department heads to reopen offices in a “prompt and orderly manner” and said furloughed employees can return to work.
Trump’s retreat came in the 35th day of the partial shutdown as intensifying delays at the nation’s airports and another missed payday for hundreds of thousands of federal workers brought new urgency to efforts to resolve the standoff.
To continue reading click here.