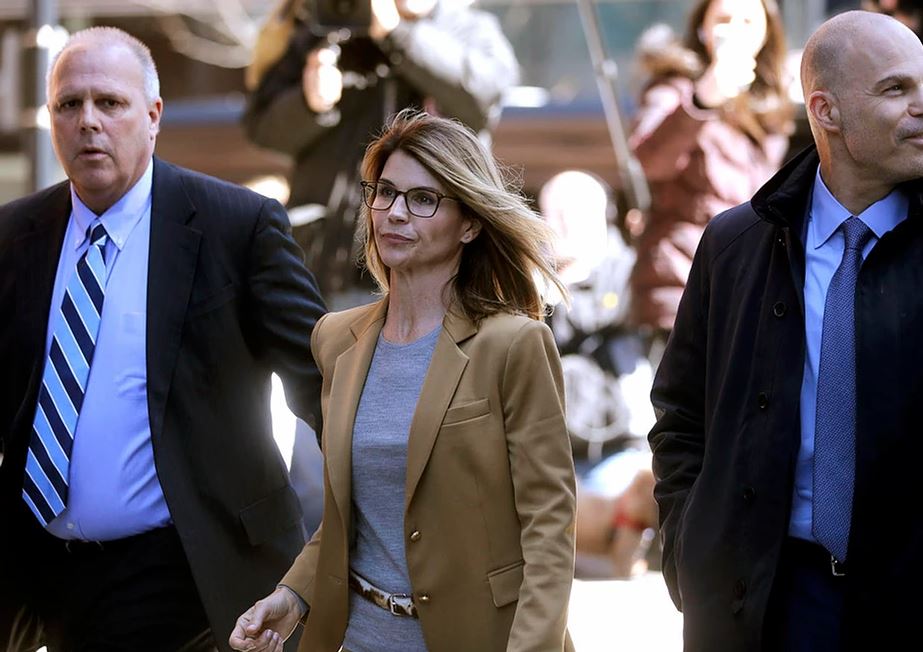 *33 parents, including prominent Hollywood figures and business people, are among those facing charges. Prosecutors say the parents paid an admission consultant to rig their children’s test scores or bribe coaches at sought-after schools.
*The racketeering conspiracy case includes the parents of applicants, ACT and SAT administrators, a test proctor and coaches at universities including Yale, Stanford, Georgetown, University of Southern California, UCLA and the University of Texas at Austin.
*Loughlin and her husband, designer Mossimo Giannulli, allegedly paid half a million dollars to have their two daughters categorized as recruits to the USC crew team even though neither participated in the sport.
*Prosecutors said Huffman agreed to pay $15,000 — disguised as a tax-deductible charitable contribution — to a foundation operated by admissions consultant William Singer, who in turn allegedly arranged for a particular proctor to ensure Huffman’s daughter scored well on a college entrance exam.
*CBS News learned from court documents filed Tuesday that at least one of the parents expected in court Wednesday — businessman Devin Sloane, who’s accused of paying a $250,000 bribe — is in plea discussions with the government.
To continue reading click here.