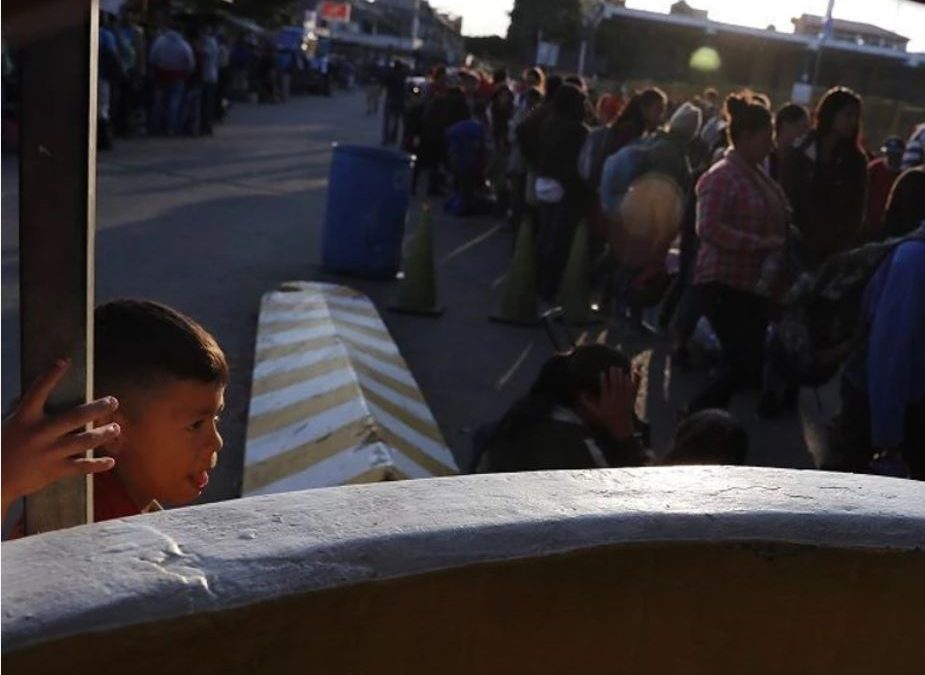 The ranks of a new Central American migrant caravan reportedly grew in size to more than 12,000 as of Friday. The caravan is now heading to Mexico’s southern border.
Mexican immigration officials in the city of Ciudad Hidalgo, which borders Guatemala, are establishing procedures to expedite the process in which to approve one-year humanitarian visas for members of the Central American migrant caravan who are arriving daily. The one-year humanitarian visas, promised by Mexico’s new President Andrés Manuel López Obrador, is a newly adopted policy which allows migrants to legally travel and work during their stay in Mexico.
The new policy of handing out humanitarian visas began on January 17 in response to the new caravan of primarily Honduran migrants who left their home country and headed towards the Mexican border on January 15. Officials originally estimated the caravan’s size at about 2,000. Mexico now claims the caravan’s population swelled to over 12,000 migrants, according to local media and Breitbart Texas sources.
To continue reading click here.