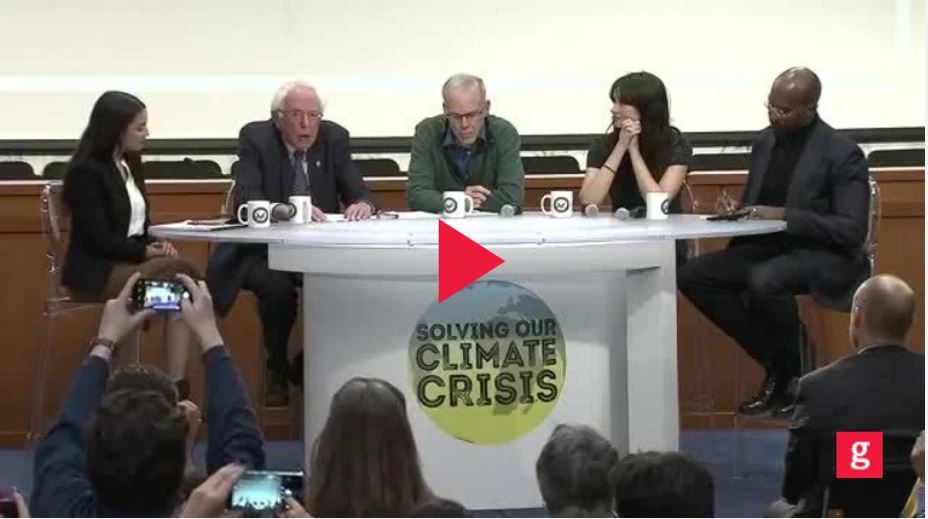 Excerpt – OCASIO-CORTEZ: “As a matter of fact, it’s not just possible that we will create jobs and economic activity by transitioning to renewable energy, but it’s inevitable that we are going to create jobs. It’s inevitable that we’re going to create industry, and it’s inevitable that we can use the transition to a hundred percent renewable energy as the vehicle to truly deliver and establish economic, social and racial justice in the United States of America. That is our proposal and that is what we are here to do, because in the depths of darkness, in the depths of despair, which is what we last saw — you know, when we think about where we were when the New Deal was established, we were a nation in depression, in Great Depression, we were a nation on the brink of war. We saw the rise of fascism creeping across in Europe. And no one would have thought that a nation so poor, so scarce and in such dire straits as we were in that time could pursue such a bold economic agenda. But we chose to do it anyway. We had the courage to do it anyway and that is what this moment demands of us right now. That’s what we have to do. We have to — this is going to be the Great Society, the moonshot, the Civil Rights Movement of our generation. That is the scale. That is the scale of the ambition that this movement is going to require.”