Paris Cleans Up In Aftermath Of Riot As Macron Prepares Address 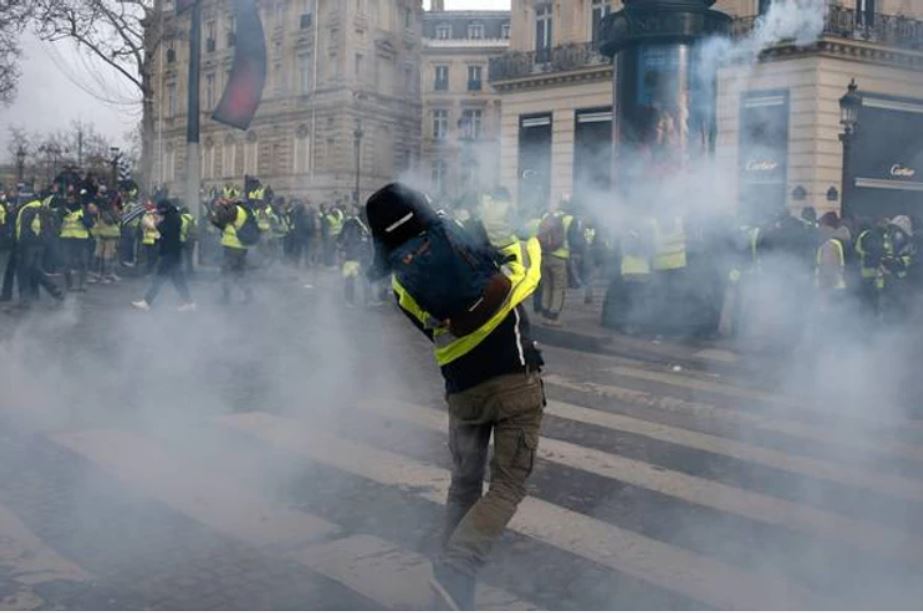 PARIS (AP) — Paris tourist sites reopened, workers cleaned up broken glass and shop owners tried to put the city on its feet again Sunday, a day after running battles between yellow-vested protesters and riot police left 71 injured and caused widespread damage to the French capital.
The man at the focus of protesters’ anger, President Emmanuel Macron, broke his silence to tweet his appreciation for the police overnight, but pressure mounted on him to propose new solutions to calm the anger dividing France. A spokesman said Sunday that Macron would address the nation early in the week.
The number of injured in Paris and nationwide was down Saturday from protest riots a week ago, and most of the capital remained untouched. Still, TV footage broadcast around the world of the violence in Paris neighborhoods popular with tourists has tarnished the country’s image.
France deployed some 89,000 police but still failed to deter the determined protesters. Some 125,000 yellow vests took to the streets Saturday around France with a bevy of demands related to high living costs and a sense that Macron favors the elite and is trying to modernize the French economy too fast.
To continue reading please click here.