Pelosi: Impeachment is ‘divisive,’ but colleague’s coarse language is no worse than Trump’s 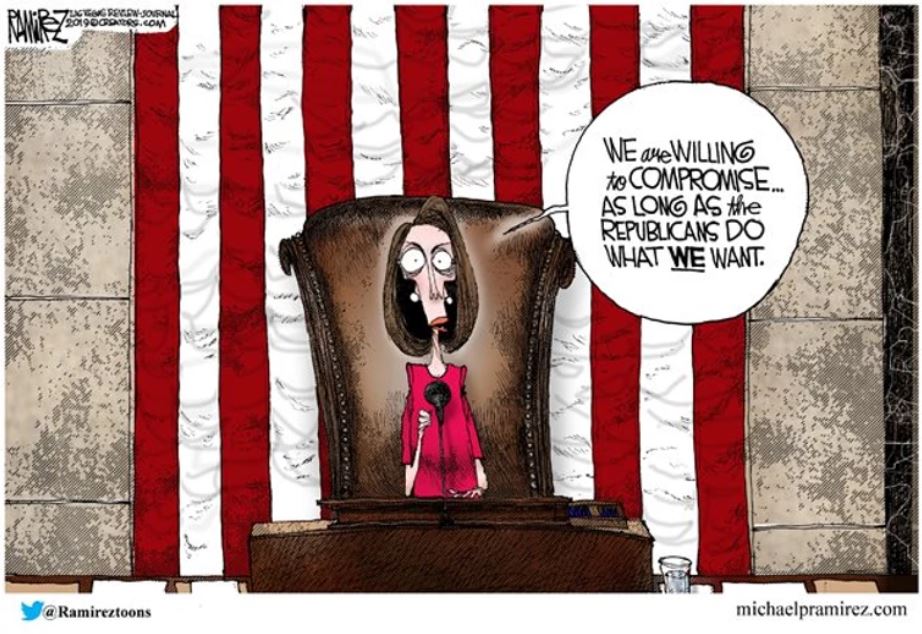 WASHINGTON — Newly elected Speaker of the House Nancy Pelosi on Friday shied away from moving forward with impeachment at this time, calling it a “divisive” option. But she said that a colleague’s use of an expletive to describe President Donald Trump was no “worse” than some of the language the president himself has used.
“I do think that we want to be unified and bring people together. Impeachment is a very divisive approach to take and we shouldn’t take it … without the facts,” Pelosi said during an MSNBC town hall at Trinity University in Washington, her alma mater.
Her comments came the morning after a newly elected member of Congress, Rep. Rashida Tlaib, D-Mich., told a progressive audience that Democrats are going to “impeach the motherf—er.”
Pelosi said, “Generationally, that would not be language I would use, but nonetheless, I don’t think we should make a big deal of it.”
Pelosi also said that what Tlaib said was “nothing worse than the president has said,” and that the episode “consolidates his base, but I don’t think they need much consolidation.”
To continue reading click here.