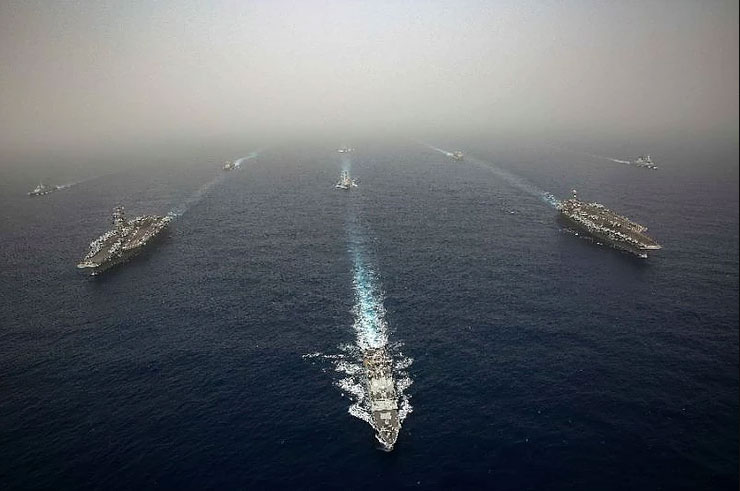 Washington (AFP) – The Pentagon, which has sent an aircraft carrier and B-52 bombers to the Gulf, is hoping to defuse the risks posed to US troops in the Middle East by President Donald Trump’s “maximum pressure” strategy on Iran.
US National Security Advisor John Bolton cited “a number of troubling and escalatory indications and warnings” when he announced the deployment of the USS Abraham Lincoln Carrier Strike Group and a bomber task force on May 5.
Since then, the US Defense Department said the deployments were “in response to indications of heightened Iranian readiness to conduct offensive operations against US forces and our interests.”
And then on Monday, Trump put Tehran on notice that any action against US interests would not be tolerated.
“If they do anything, it would be a very bad mistake,” the Republican leader said.While he did not expand on the nature of the threats, several US defense officials said he was referring to arms shipments and personnel movements by pro-Iranian groups, on land and at sea, as well as orders for those groups to attack US interests in the Middle East.
To continue reading click here.