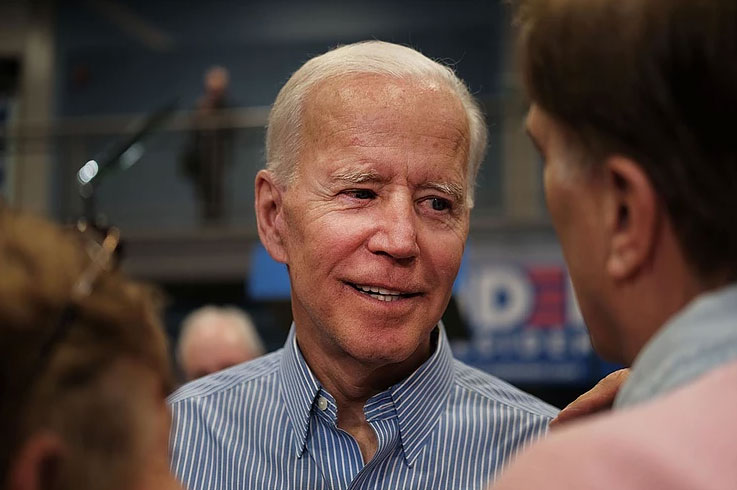 To write this article, I did a Google search of Biden gaffes. It was BOUNTIFUL. Enjoy the research.
Why are they trotting out Biden? Mr. “God love ya,” “Stand up Chuck,” or my very favorite:I mean, you got the first mainstream African-American who is articulate and bright and clean and a nice-looking guy I mean, that’s a storybook man.
Can you even imagine somebody was dumb enough, somebody who was a lifetime politician, somebody who was a lifetime Democrat, JOE BIDEN, would actually say that out loud??!!?? And the media is treating this, and all the other gaffes with the implied Reagan quote, “There he goes again…”
And interestingly enough, wink wink nod nod, the video link is no longer available on CNN, on Time, or any other site that I looked for for that matter.
Then there was the Joe Biden discussion of the “failed international crisis test” that was going to “test this new president’s (Obama) mettle,” another REALLY stupid comment.
And interestingly enough the video link is no longer available.
Remember the one when there was a Mexican crisis supposedly as well as illness and people were concerned about flying? Biden talked about not getting on airplanes because people like him were coughing, that it had nothing to do with Mexico…
And interestingly enough the video link is no longer available.
Are you beginning to see a pattern here? Maybe the Democrats are worried about the socialists and how far left they’ve taken it, that they’re going to try to sell Biden and clean up the messes by hiding them.
On June 17, 2006, then Sen. Biden said:In Delaware, the largest growth of population is Indian American moving from India. You cannot go to a 7-Eleven or a Dunkin’ Donuts unless you have a slight Indian accent. I’m not joking.
On February 6, 2009, when discussing the stimulus, Mr. Biden said:If we do everything right, if we do it with absolute certainty, there’s still a 30% chance we’re going to get it wrong.
I like my odds better than that.
On September 10, 2008, he said:Hillary is as qualified as or more qualified than I am to be vice president. She is a close personal friend of mine. She is qualified to be president. Quite frankly, it might have been a better pick than me.
What was that about?
Then there is the famous December 2018,I am a gaffe machine, but my God, what a wonderful thing compared to a guy who can’t tell the truth.
Said the plagiarizer to the press. Yes, he pulled five pages from a published law review article without quotations or attribution. This was his writing paper in law school. In a letter to the law school faculty begging not to be expelled he stated:If I had intended to cheat would I have been so stupid? I value my word above all else.This wasn’t the first or the last time apparently. In 1988 he copied a speech delivered three months earlier from British Labour Party Neil Kinnock… Something about being the first in his family to go to college and why he was or was not special. Then earlier he plagiarized Robert Kennedy.
But they’d like you to think this is all benign. When talking about Mitt Romney in 2012 while he was running for president, Biden was speaking to a predominantly black audience when he stated “They’re (meaning the Republican Party) gonna put y’all back in chains.” He has apparently taken some lessons from Hillary how she thinks to speak to a southern black audience, with or without the hot sauce she carries in her bag.
And in quoting Roosevelt he stated:Now is the time to heed the timeless advice from Teddy Roosevelt, speak softly and carry a big stick. End of quote. I promise you the president has a big stick. I promise you.He didn’t seem to notice that the audience was laughing. Hard. At him.
And interestingly enough the video link is no longer available.
I looked at something on the Politico site and it was interesting how they are playing all this as Joe Being Joe, slip ups, bloopers, that guy with the goofy grin. They’re playing it down. Is the idea to get this all out now? Who knows.
On March 29, 2012, Biden was talking about ambition:I never had an interest in being a mayor ‘cause that’s a real job. You have to produce. That’s why I was able to be a senator for 36 years.
And a law professor.
So what’s he going to do… Become a socialist like the rest of the Democrat party, or is he a foil to usher in Hillary at the last moment because “she was robbed” of her rightful place on the throne by the outlier, interloper Trump, and he feels she’s more deserving than him? He says his groove is making America moral again. I urge you to do your research regarding this man’s morality if that’s your concern. Something about a pot. Maybe a kettle. Maybe something being called black. (But will he say clean and articulate?)
Here we are in this Game of Thrones, or more likely and much more accurately, House of Cards. House of Cards which has Biden and Clinton written all over it in starring roles. Don’t turn off the set just yet. Nothing is as it appears to be. Some people are just dumb like a fox. The Night King has yet to be nominated. Or Queen.