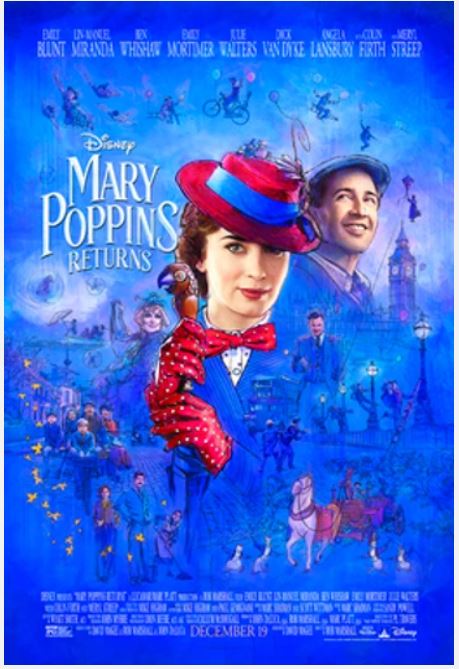 It wasn’t all bad news at the box office this past year.
The movie industry as a whole may be boringly left-wing, but occasionally a conservative message breaks through, sometimes intentionally and sometimes accidentally or because filmmakers simply applied themselves to telling the truth. Here are ten films that brought conservative concepts to the multiplex in 2018, ranked according to conservative firepower:
10. Mary Poppins Returns (in theaters). Yes, like the original, the movie features a (brief) nod to liberal social-justice movements in England. But the film’s aesthetics are proudly conservative; there’s no attempt whatsoever to make this long-aborning sequel contemporary, hip, or in touch with the (alleged) fixations of today’s youth. It’s a children’s movie for old people, as is only right: Children should learn from the old rather than the other way around. And as Sonny Bunch points out, it also defends the old British class system by portraying the working-class lamplighters and nannies as loyal allies to the upper-class layabouts who employ them.
9. The Final Year (0n HBO Now/HBO Go). Conceived as hagiography, this film stumbled into indictment. Obama-worshipping filmmakers earned extraordinary access to high-level officials such as Ben Rhodes, Samantha Power, and John Kerry, but what their cameras turned up makes the Obama foreign-policy pros look arrogant, incompetent, and clueless. The scene in which Power, grandstanding in Africa, learns that her motorcade killed an actual African is a painful synopsis of the Obama approach, which combined much windy declaration of principle with abysmal or counterproductive actions. Also, the footage taken at Power’s Hillary Clinton victory party in 2016 is pretty funny.
To continue reading click here.