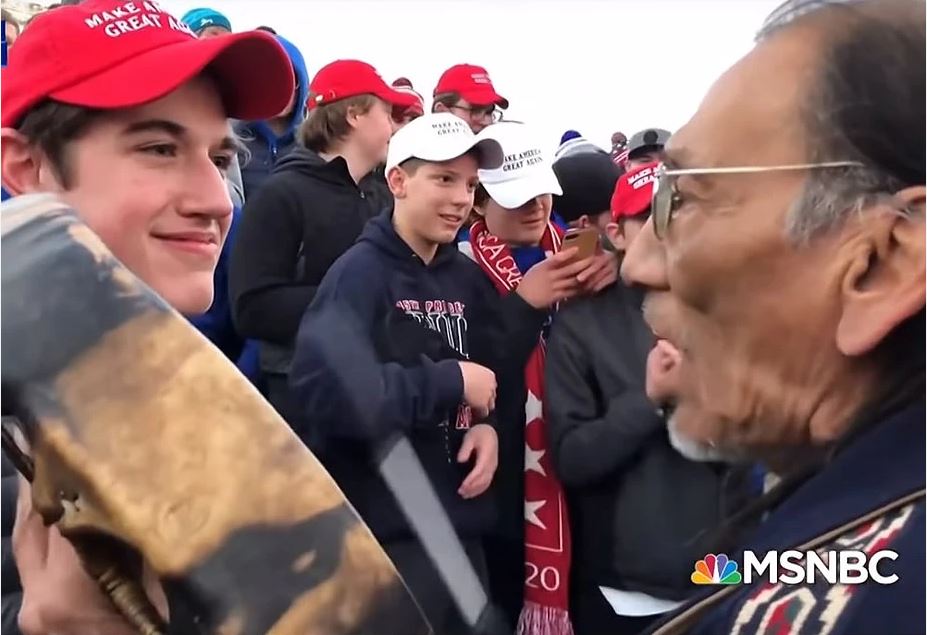 A video posted online over the weekend showing a teenaged Trump supporter’s awkward reaction to having his personal space aggressively invaded by a loud left-wing agitator sparked a leftist-led social media meltdown that will not soon be forgotten.
Nick Sandmann, a student from Covington Catholic High School in Kentucky, was at the Lincoln Memorial Friday after attending this year’s March for Life.
Sandmann, a white, male, heterosexual, pro-life, Catholic Trump supporter wearing a red pro-Trump “Make America Great Again” baseball cap was a perfect target for the nation’s howling outrage brigades.
Video showed an elderly Indian man named Nathan Phillips, who turns out to be a radical left-wing activist, getting too close for comfort to Sandmann who at times stared back at him or grinned. The videos of varying durations that surfaced of the encounter all show the same thing. Sandmann simply stood there and took the abuse, which consisted in part of having a drum pounded loudly in his face, from Phillips without responding. Phillips later lied to reporters about the incident and called the high school kids “beasts.” He also said, “It was racism. It was hatred. It was scary.”
To continue reading click here.