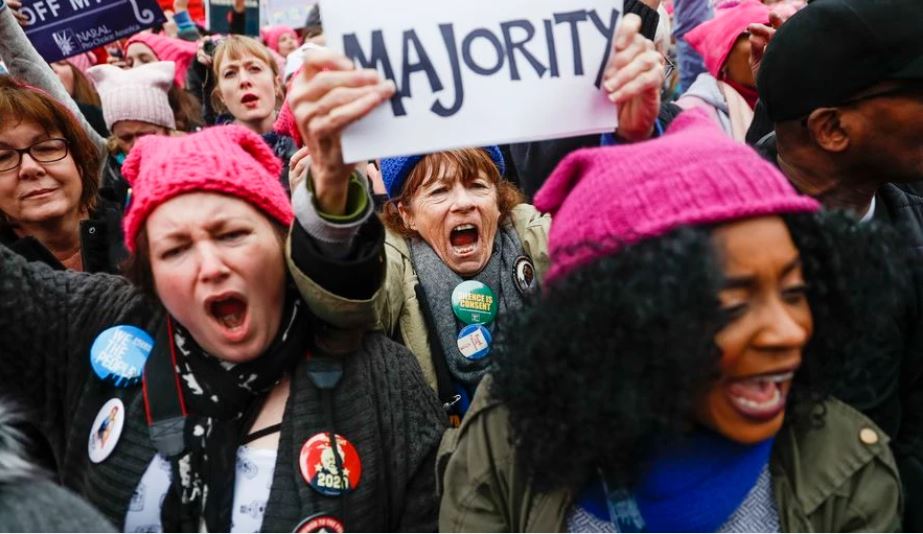 For outside observers, the slow-motion train wreck of the “Women’s March” movement is a fascinating turn of events. It began like all leftist disasters begin — the hijacking of an organic effort. The Women’s March, which still has a national and some local marches and rallies planned on Jan. 19, has become about identity politics, the antithesis of advancing women’s rights, and the impact is finally being felt.
The New Orleans effort has been canceled.
” ‘Many of the sister marches have asked the leaders of Women’s March Inc. to resign but as of today, they have yet to do so,’ [the organizers said in a statement]. ‘The controversy is dampening efforts of sister marches to fundraise, enlist involvement, find sponsors, and attendee numbers have drastically declined this year. New Orleans is no exception,’ ” The Washington Times reported.
More indicative of the cannibalistic nature of identity politics, Eureka, California, march organizers canceled over concerns that the march would be “overwhelmingly white.” Fox News reported, “In a news release, organizers for the march in Eureka … said Friday the ‘decision was made after many conversations between local social-change organizers and supporters of the march. … Up to this point, the participants have been overwhelmingly white, lacking representation from several perspectives in our community,’” the news release continued.
To continue reading click here.