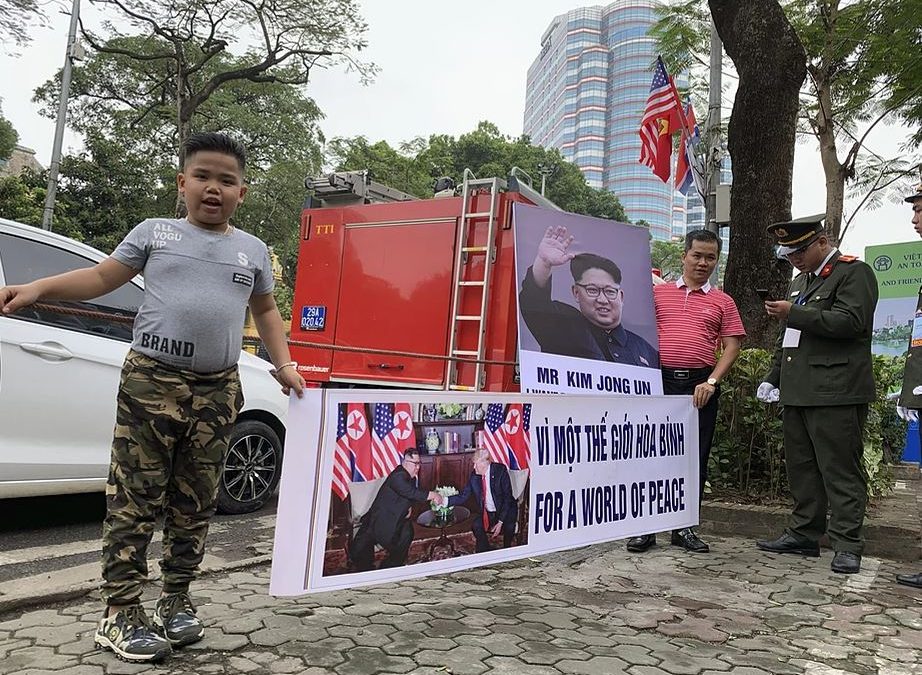 HANOI, Vietnam (AP) — U.S. President Donald Trump and North Korean leader Kim Jong Un projected optimism Wednesday as they opened high-stakes talks about curbing Pyongyang’s pursuit of nuclear weapons, a problem that has bedeviled generations of leaders.
The second summit between Trump and Kim came against the backdrop of the American president’s domestic troubles. As the leaders dined on steak and chocolate cake, Trump’s former personal attorney was readying explosive congressional testimony claiming the president is a “conman” who lied abut his business interests with Russia.
The turmoil in Washington has escalated concerns that Trump, eager for an agreement, would give Kim too much and get too little in return. The leaders’ first meeting in June was heavy with historic pageantry but light on any enforceable agreements for North Korea to give up its nuclear arsenal. Still, both offered optimistic words before dinner.
To continue reading click here.