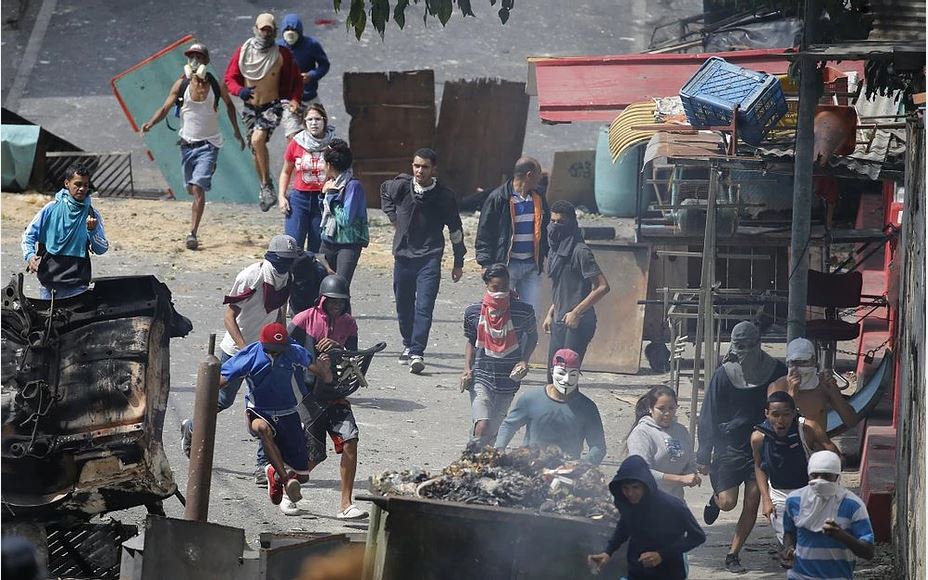 CARACAS, Venezuela (AP) — Venezuela plunged deeper into turmoil on Monday as security forces put down a pre-dawn uprising by national guardsmen that triggered violent street protests and the Supreme Court moved to undercut the opposition-controlled congress’ defiant new leadership.
Socialist party chief Diosdado Cabello said 27 guardsmen were arrested and more could be detained as the investigation unfolds.
The mutiny struck at a time when opposition leaders have regained momentum in their efforts to oust President Nicolas Maduro. They have calling for a nationwide demonstration Wednesday, urging Venezuelans — especially members of the armed forces — to abandon Maduro.
The uprising triggered protests in a poor neighborhood just a few miles (kilometers) from Venezuela’s presidential palace. It was dispersed with tear gas as residents set fire to a barricade of trash and chanted demands that Maduro leave power.
The military said in a statement said that it had recovered all the weapons and captured those involved in what it described as “treasonous” acts motivated by “obscure interests tied to the far right.”
To continue reading click here.