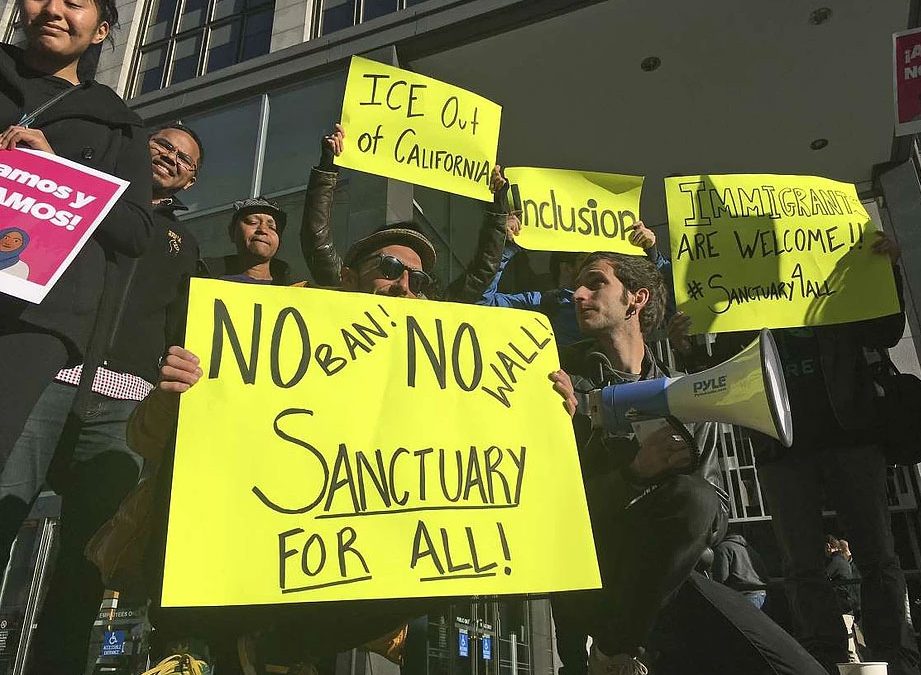 White House officials have tried to pressure U.S. immigration authorities to release detainees onto the streets of “sanctuary cities” to retaliate against President Trump’s political adversaries, according to Department of Homeland Security officials and email messages reviewed by The Washington Post.
Trump administration officials have proposed transporting detained immigrants to sanctuary cities at least twice in the past six months — once in November, as a migrant caravan approached the U.S. southern border, and again in February, amid a standoff with Democrats over funding for Trump’s border wall.  House Speaker Nancy Pelosi’s district in San Francisco was among those the White House wanted to target, according to DHS officials. The administration also considered releasing detainees in other Democratic strongholds.
White House officials first broached the plan in a Nov. 16 email, asking officials at several agencies whether members of the caravan could be arrested at the border and then bused “to small- and mid-sized sanctuary cities,” places where local authorities have refused to hand over illegal immigrants for deportation.
To continue reading click here.