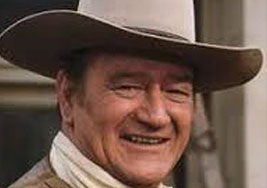 The rise of political correctness can be seen across movie screens this weekend.
“The Hustle,” a gender-swap remake of 1988’s “Dirty Rotten Scoundrels,” rails against the patriarchy between sight gags. “Avengers: Endgame” shoehorns a minor gay character into the story as a super-virtue-signal. “Long Shot” shows Seth Rogen apologizing for the United States bombing Japan to help end World War II.
Even older films, and the stars who made them great, are now seen through the PC prism. Just ask the estate of John Wayne. The legendary star got pummeled a few months ago, decades after his passing, for a racially insensitive Playboy interview in 1971. Some critics demanded that his name be stripped from John Wayne Airport in Orange County, Calif.
Singer Kate Smith’s film career is dwarfed by her radio, TV and stage accomplishments. Yet Smith’s recording of two 1930s songs deemed racist convinced two professional sports teams — the New York Yankees and the Philadelphia Flyers — to strip her iconic rendition of “God Bless America” from their programming.
To continue reading click here.