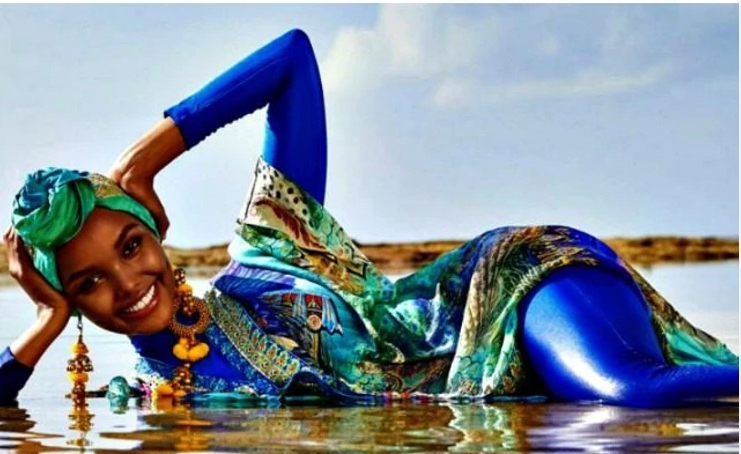 Dr. Zuhdi Jasser, president of the American Islamic Forum for Democracy, described Sports Illustrated‘s featuring of a model wearing a burkini and hijab as left-wing “insanity” that glorifies an Islamist “honor culture,” offering his remarks on Thursday’s edition of SiriusXM’s Breitbart News Daily with host Alex Marlow.
“I think it’s an insanity where sort of mainstream folks — or however you want to identify them — [in] Hollywood and the left use Muslims as this sort of identity checkbox,” said Jasser. “If you look at the rationale of having a swimsuit edition that has a model that’s dressed in a burkini, it just doesn’t make sense no matter which way you look at it.” Jasser continued, “It’s a point to please the fundamentalists — the Salafists — who don’t believe in and don’t accept the objectification of women. If that’s true, they’re not going to be reading that magazine, and that burkini and having that model in that edition still objectifies her, and it doesn’t even really fit the description of a what a burkini should b, because you can still see her body’s shape.”
“Even women I know in our community that are conservative and believe in modest dress are offended by that objectification,” shared Jasser.
To continue reading click here.